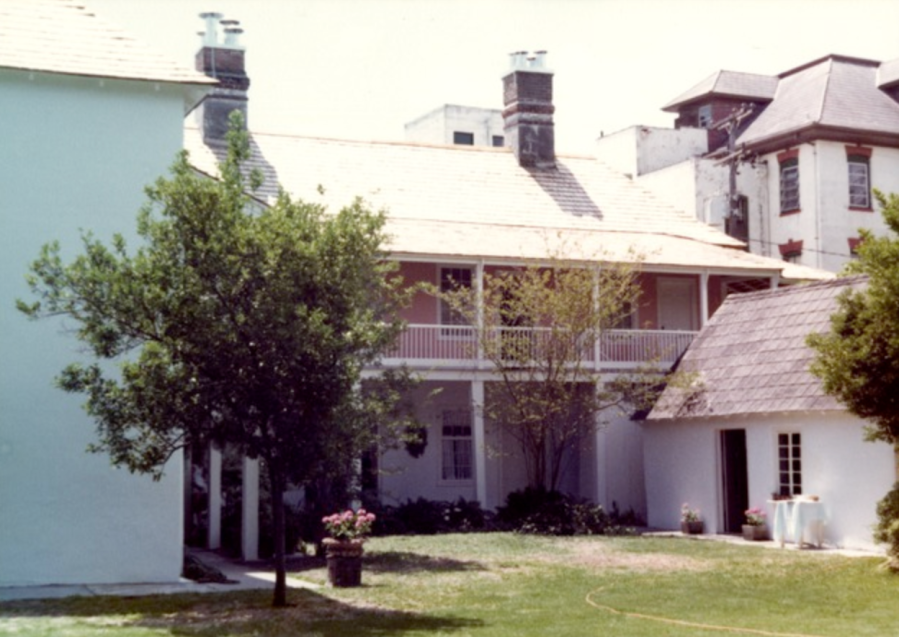 This site on present day Aviles Street has been occupied by both indigenous peoples and Europeans for hundreds of years. It is classified as a Second Spanish Period residential building. The coquina Ximenez House was built in 1798 as merchant Andres Ximenez’s home. Later, Miss Louisa Fatio became the last of three women to operate a boarding house here, the structure remaining a boarding house through Florida’s territorial period.

Travelers from the North often came to Florida if they were in ill health. American military officers sometimes stayed here as well if permitted to leave Fort Marion. Artists and scientists were also among the boarders. Amenities at the Fatio House included a detached kitchen and beehive oven.

Today the Ximenez-Fatio House operates as a house museum. One of its main attributes is telling the story of female entrepreneurs who owned and ran this boarding house from the 1830s onward.

Since 1939, The Ximenez-Fatio House has operated under the stewardship of The National Society of The Colonial Dames of America. It has been a Florida Heritage Landmark since 2012.

One thought on “Ximenez-Fatio House”