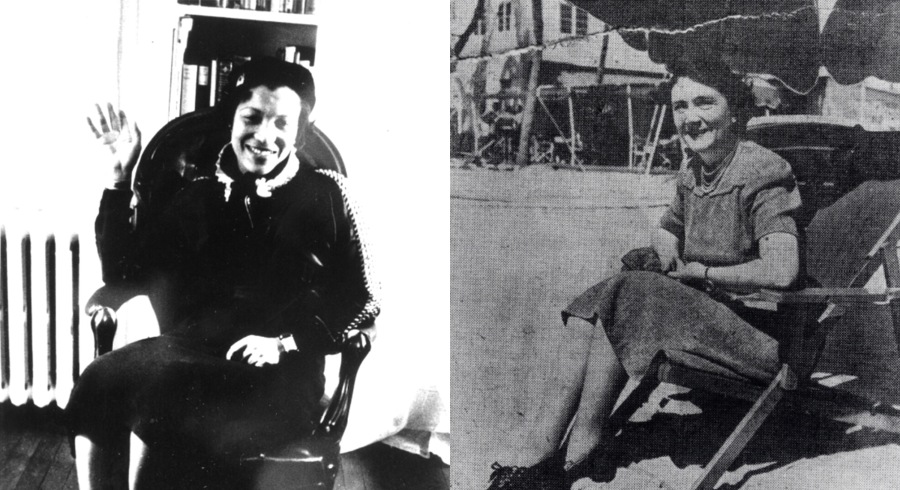 You may hear the names of Zora Neale Hurston and Marjorie Kinnan Rawlings throughout the Sunshine State. But did you know these two famous Florida writers spent time in St. Johns County? Today, we take a look at the local sites associated with their lives and legends. 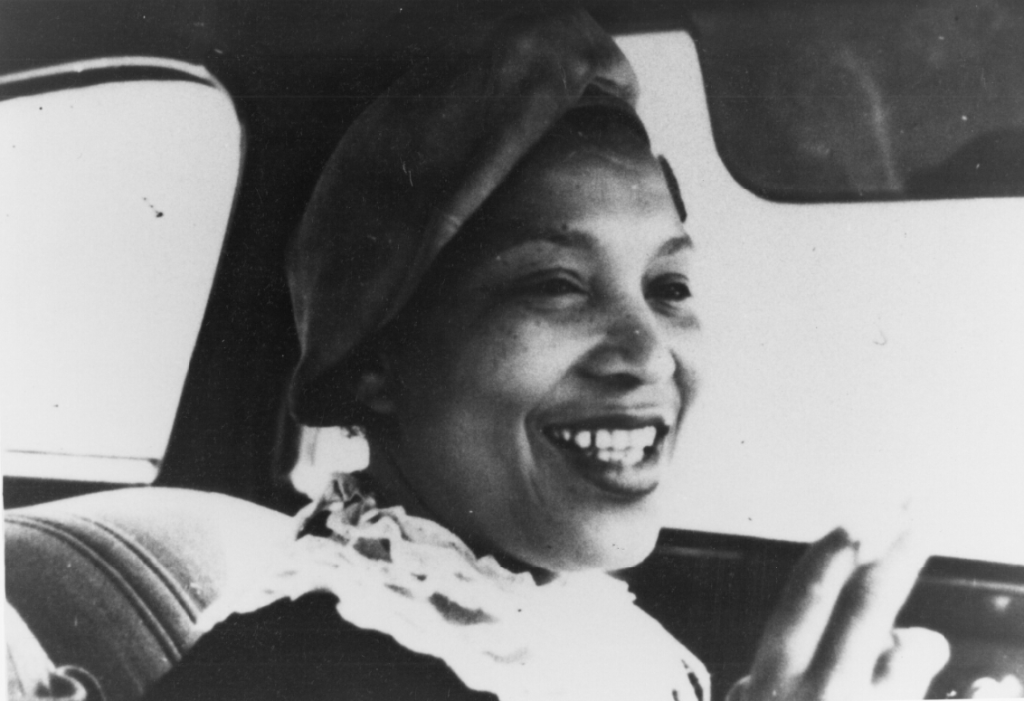 As an anthropologist, Zora Neale Hurston spent a great part of her life on the dusty roads of Florida collecting folklore and telling stories. Over the course of her journeys, she found herself in St. Augustine several times. Her longest stay occurred in 1942. At that time, Hurston described the city as “a quite place to sit down and write.” Here she completing her autobiography Dust Tracks on a Road: A Memoir (1942) as well as developed literary friendships with author Marjorie Kinnan Rawlings and agent Jean Parker Waterbury.

While conducting research from St. Augustine down to Eatonville, Hurston married her longtime beau Herbert Sheen at the St. Johns County Courthouse on May 19, 1927. This structure stood at the corner of Charlotte and Treasury Streets until demolished in 1967. Like the courthouse, their marriage did not last and the two divorced in 1931.

In 1942, Hurston’s rented a room at 791 West King Street. This wooden building – constructed in 1930 – stands as one of the few surviving buildings closely linked with Hurston’s life.

This historically Black institution traces its roots to Florida Baptist Institute of Live Oak founded in 1879 and Florida Baptist Academy of Jacksonville established in 1892.

Hurston attended the Jacksonville academy with her older siblings in 1904. She excelled academically there, but her tuition ran out before the end of the school year. She took on cleaning to complete her classes, but ended up leaving in 1905.

The academy moved to St. Augustine in 1918 and the two institutions merged into Florida Normal and Industrial College in 1942. That same year, Hurston joined the college as a part-time teacher. Here, she invited Rawlings to speak to her class. She also found conflict with the college’s administrators because she thought the soldiers lived in inadequate quarters there. Hurston did not see this case through as she moved to Daytona in January 1943. The college followed in 1968 by moving to Miami – where it still operates as Florida Memorial University. 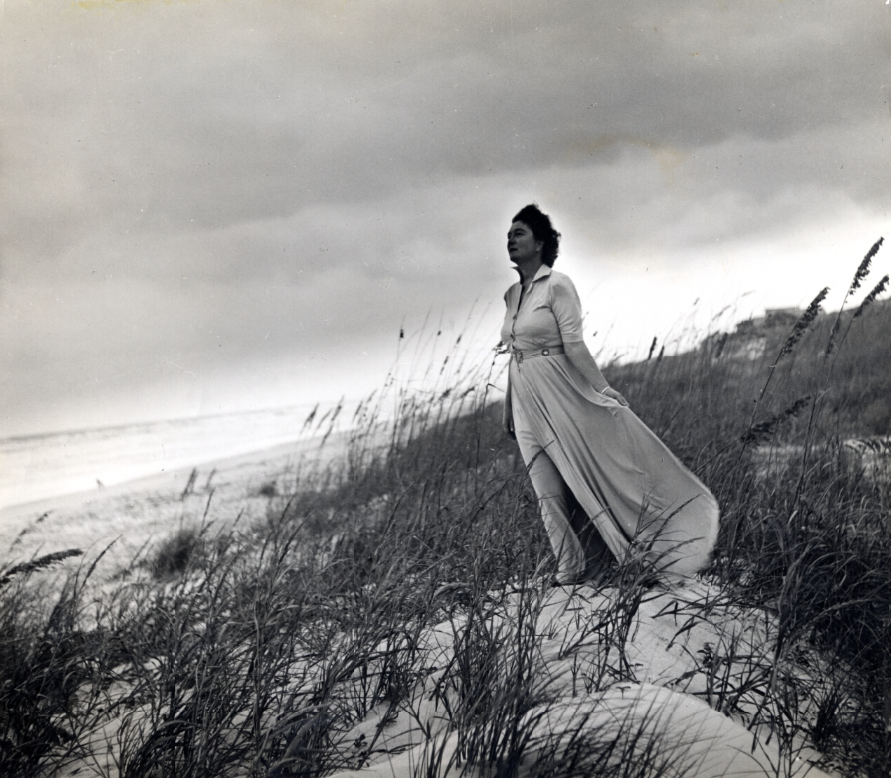 A late-comer to the Sunshine State, Marjorie Kinnan Rawlings captured the natural candor of Cross Creek in her Pulitzer prize winning novel The Yearling (1938). She continued to explore the spirit of Florida and its inhabitants through her writing and relationships – including here in St. Johns County. Between 1939 and 1953, Rawlings split her time between her homes in Cross Creek and Crescent Beach. Here she completed several books and found (literary and non-literary) relationships with her second-husband Norton Baskin, anthropologist Zora Neale Hurston, and author Ernest Hemingway to only name a few.

Today, you know Castle Warden as Ripley’s Believe It or Not Museum, but the Moorish-Revival structure began as the winter home of William Warden in 1887. By the 1940s, Norton Baskin renovated the castle into a hotel – where they kept an apartment.

According to Baskin, she invited Hurston to “tea” here in 1942. While Baskin waited at the entrance to escort their guest, Hurston slipped in through the kitchen in order to avoid notice in the segregated hotel. Thinking Hurston stood them up, Baskin calls Rawlings, who reported back that the two writers “. . . ain’t havin’ tea but we havin’ fun.” We can only imagine their conversations, which playwright Barbara Speisman did in “Tea with Zora and Marjorie.”

Marineland – founded in 1938 – attracted both tourists and writers. Notable Florida authors – like Rawlings and Ernest Hemingway – frequented the oceanarium’s restaurant and bar known as the Dolphin Tavern and Penguin Bar (also referred to as the Dolphin Restaurant and Moby Dick’s Bar).

One time while dining there with Baskin and editor Maxwell Perkins, Rawlings noticed a person who looked like the author Ernest Hemingway, so she sent him a note to join them for drinks if he was Hemingway. He responded, “Unless you’re Marjorie Rawlings, I’m not Ernest Hemingway.” This marked the beginning of their friendship.

Rawlings bought a bungalow on Crescent Beach in 1939 with money earned from winning the Pulitzer Prize for The Yearling. Here she continued to her literary career in writing Cross Creek (1942), Cross Creek Cookery (1942), and The Sojourner (1953).

According to historian David Nolan, Rawlings bought the house after first renting it from Ralph Poole (a founder of Marineland). When Poole owned the house, people called it “Goat Hill” because he kept a goat tethered to the great sand dune to keep the grass clipped. Rawlings enlarged the structure with the proceeds from the film-adaption of The Yearling in 1946. Today, the house still stands much like how she left it on the dune overlooking the Atlantic Ocean.

To learn more about these literary women, visit the University of Florida George A. Smathers Special and Area Collections. There you will find the papers of both Zora Neale Hurston (ufdc.ufl.edu/znhurs) and Marjorie Kinnan Rawlings (ufdc.ufl.edu/mkr).

One thought on “Zora + Marjorie in St. Johns County”